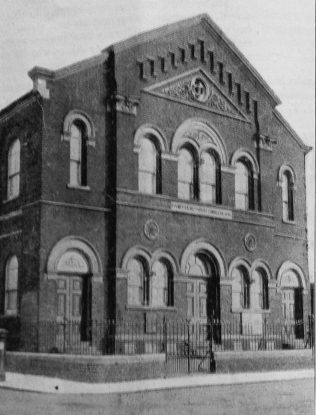 Hugh Campbell writes in the 1858 Primitive Methodist magazine that Cleethorpes was first missioned in 1845 or 46 and a small house built for worship in 1849. In 1857 it was replaced by a chapel measuring 45′ x 34′, with a large schoolroom and two vestries. It cost £600 towards which JO Chapman of Cleethorpes gave an outstanding £50.