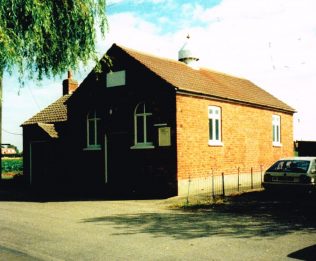 The walls of the chapel were giving way by 1861 so they took it down and  rebuilt it.  They bought  20 yards of adjoining land from W Betts at the very reasonable price of a shilling. Preachers at the opening services included Mr. and Mrs. Thomas, the Revs. J. W.Matthews and J. Cholerton.

The rebuilt chapel measured 34′ x 19′, was lit by paraffin lamps and cost £95. They had only raised £26 and still owed money on the original chapel, so they did not meet the Connexional requirement to have raised one third of the cost of a new chapel. JT Neale describes the occasion in the Primitive Methodist magazine.