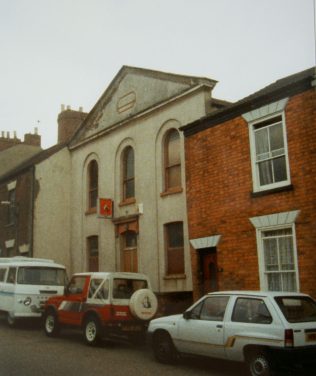 zoom
1837 Grantham Commercial Road Primitive Methodist Chapel as it was in 1991. It was enlarged or rebuilt in 1876. At the time of Keith Guyler's photograph it was Electric Social Club
Keith Guyler 1991 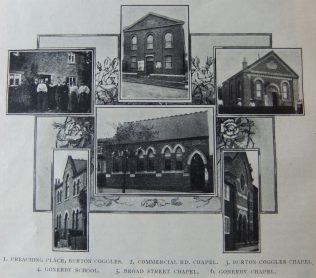 Grantham Chapel, in the Bottesford circuit, was opened for Divine worship on Lord’s days, May 28, and June 4, 1837.

On this occasion sermons were preached by Brothers Herod, Carthy, Brownson, Middleton, and the Rev. R. Soper, Independent minister.

The congregations were numerous and respectable, and much impressed.

It is a neat and commodious chapel, thirty-six feet by thirty-two, galleried at one end and two sides. It is regularly settled on the P. M. Connexion, and enrolled in the chancery.

The subscriptions were liberal; the applications for sittings are numerous, and there is every prospect of meeting the expenses. A Sunday school has been established, and the society is increasing. Thanks be to God, our arduous undertaking has been brought to a successful termination; and with feelings of confidence would we look up to the Great Head of the church, and say, “O Lord, we beseech thee, send now prosperity.”

(Approved by the Circuit Committee.)