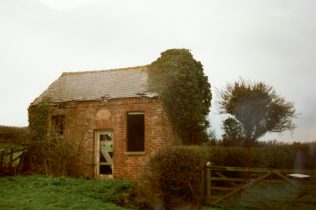 Hameringham is south east of Horncastle. The first Hameringham Primitive Methodist chapel dates from 1840. It was replaced in 1863/5 by a second chapel outside the village to the south west of the village, just south of Low Hameringham.

The second chapel served until 1926/7. By the time of Keith Guyler’s photograph in 1996 it was derelict. However, on Google Street View in 2009 it was been converted to a very small cottage – Chapel Cottage.