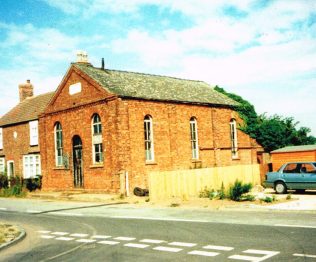 Holbeach Bank Primitive Methodist chapel dates initially from 1835 with a replacement chapel from 1864.

The chapel served until 1971 when it was replaced by Holbeach Clough St Martins Anglican / Methodist.

On Google Street View in 2009 there is no sign of it at its location, at the junction of Star Lane and Roman Bank.