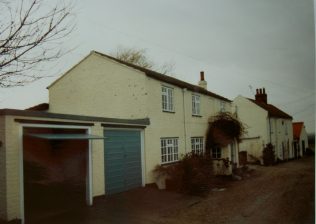 Horkstow Primitive Methodist chapel dates from 1860 and served until 1969. After closure it was converted into a cottage.