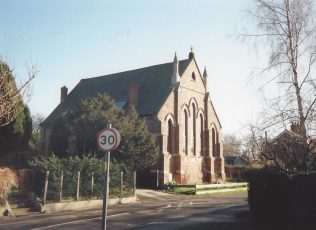 The 1834 chapel served until 1892 when it was replaced by a second chapel with Sunday school.   The note in the Primitive Methodist magazine tells us very little, except that it was in the Louth circuit and  they had raised over half of the cost.