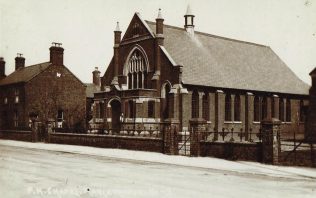 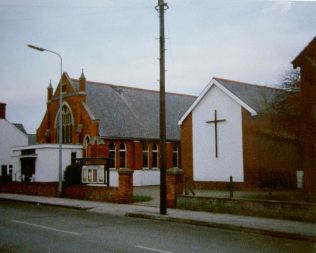 The first Mablethorpe Primitive Methodist chapel was a small square building in Quebec Road built in 1836 and used until the 1880s, after which time the building was variously a house and a shop before being demolished in 1959.

The Primitive Methodist magazine tells us that Maplethorpe (sic) Primitive Methodist chapel in the Alford circuit was opened in 1887. “A commodious and comfortable sanctuary”, it replaced the ” dilapidated and unsuitable” little chapel in an “out of the way corner of the village” used for 50 years previously.

The replacement chapel was in Victoria Road. This was soon found to be too small and a new building was erected on adjoining land in 1909 at a cost of £1,000.  The 1886 chapel became the schoolroom.

After Methodist union in 1932, The Prims and the Wesleyans from Mablethorpe High Street chapel joined in 1965 at these premises and the name St Peter’s was adopted.