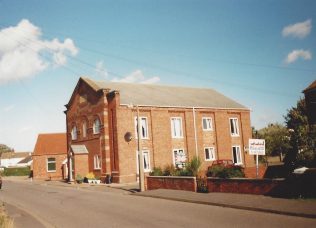 North Somercotes Primitive Methodist chapel in Reform Street dates from 1865.  Previously the Society met in a privately owned building measuring 27′(w) x 34′(l) which they rented from 1821 and bought in 1837 for £90. They celebrated its purchase with a service where Brother Butcher was the preacher.  John Coulson reports the occasion in the Primitive Methodist magazine.

Reform Street chapel closed in 1962 and was converted into flats. I assumed the street it is located on would be called Reform Street; in fact it is currently called Churchill Road.