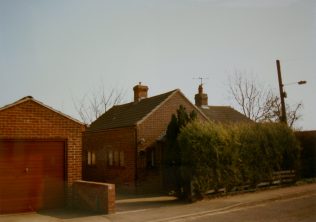 A chapel was erected in 1863, with services being held every Sunday at 2.30pm and 6.00pm. The replacement of this chapel in 1898 was made on the basis that it had become too small.  The new chapel was established at Oddfellow’s Hall, which the Methodists purchased; the old chapel was sold.

The 1863 chapel still stands, but is no longer used as such. A temperance society and a Band of Hope were also present in the village during the nineteenth century.

The chapel is now well hidden as a bungalow on Grantham Road.