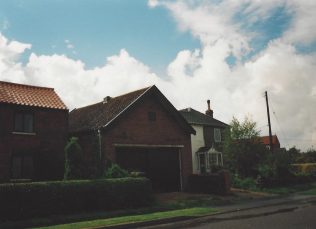 In 1860 there were improvements, described by Thomas Whittaker in the Primitive Methodist magazine. “For about twenty years we have had a small chapel at this village. Last winter God poured out His Spirit, and several souls were converted. With the improved condition of the society, a desire arose to improve the chapel, which had a brick floor, and was damp and uncomfortable. The matter was taken up, and the work begun. We have made the chapel seven feet longer, put in a boarded floor, and elevated pews at one end. We have seventy letable seats, and thirty free. The writer and Mr. Campsey preached the re-opening sermons, July 29th and August 5th. On the 6th August, Mr. Newsome, from Scotter, and Mr. Packet (Free Methodist), assisted at our tea-meeting ; T. Randall, Esq., in the chair. The cost of the enlargement will be about £45, towards which we shall raise about £25.”

After closure it became used as a garage and store.