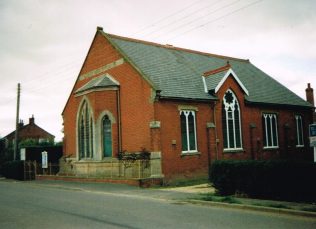 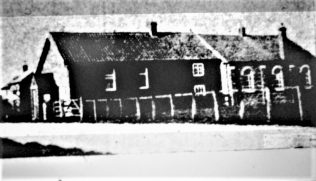 It was replaced in 1925 by a chapel built by the architect J. R. Baker, from Moulton Chapel. The same architect built an almost identical chapel at Moulton Chapel in 1902. The Sunday School from the earlier chapel, with round-arched openings and dentil brick cornices, was retained.  The 1925 chapel served until 1997 was then in use as a chapel named “Anjeli Chapel”. A metal plaque states that “This chapel was rebuilt in 1925 and renovated from 1998-2005”.