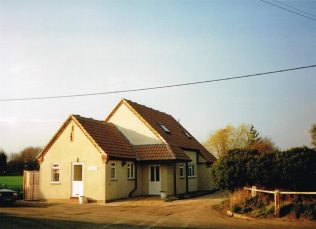 After closure – date unknown but before 1984 – the chapel became a doctor’s surgery. This closed in March 2013.

Thanks to contributors for the comments below which sort out an inaccuracy on this page over the  chapel closing date.  RIppingale retained its Methodist Church until 2005 – but in the former Wesleyan building further west along Station Street, at the junction with the Dovecot.