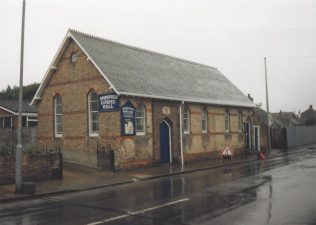 At the time of Keith Guyler’s photograph in 1995 it had become a Pentecostal church, Springfield Gospel Hall. It is still the Gospel Hall on Google Street View in 2008 although in need of a little care. In 2012 there is a bus parked in front of it so it makes it harder to see, but it appears in better order and the Gospel Hall signage has disappeared.