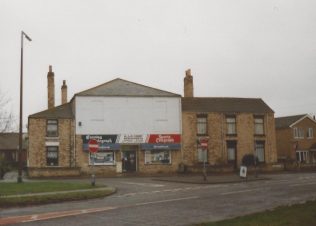 Scotter is a small village in Lincolnshire, south of Scunthorpe. It gave its name to the Scotter District of the Primitive Methodist church. The missionaries from Nottingham entered North-east Lincolnshire in 1819, but such was the growth that in 1820 the Gainsborough branch became the Scotter circuit, and from 1821 to 1823 the head of a district.

The first chapel was built in 1819, opened on September 5th, by John Harrison and Hannah Parrott, a second was built in 1849. Kendall contends “Scotter holds the distinction of being the only rural village at which a Primitive Methodist Conference has been held.”

A camp meeting was held on Hardwick Hill on 13 June (see photograph in Kendall vol. 1 page 416). He quotes a verse by Sanders who travelled in the Scotter circuit in 1834:
“There is a pleasant Pilgrims’ inn
By Hardwick Hill you’ll find it.
Persons who walk the downward road
Pass on and do not mind it.
This house to many is well known.
The Lord with bliss hath crowned it.”