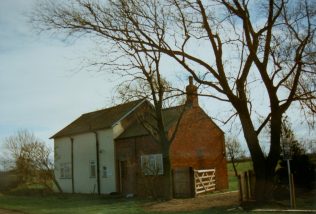 Snitterby Carr Primitive Methodist chapel dates from 1870 with a Sunday school added in 1900. It served until 1964. It’s another of those chapels that you wonder where the congregation came from. Has the area changed substantially? More probably it was built on the only available pice of land.

After closure it became a house, Chapel Cottage.