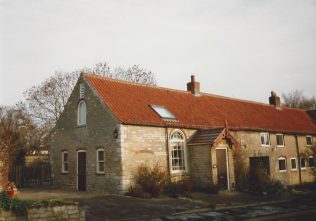 There is an account by J Middleton in the Primitive Methodist magazine of the opening of the chapel. Opening services on 26th and 27th October 1834 were taken by W Paddison and J Middleton.

After closure it became The Old Chapel house.