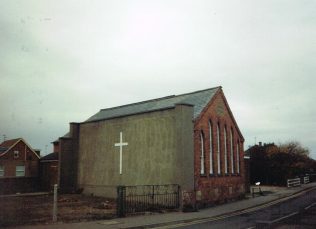 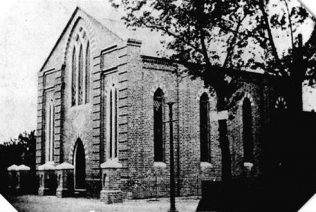 zoom
Photograph of the 1855 chapel
https://www.bridgewatch.org.uk/town.html#churches

The Bridge Watch website  tells us that Sutton Bridge Primitive Methodist chapel (known as the Independent) was erected on the corner of Allenby’s Chase in 1855.

However. the opening of a new chapel ten years later on 24th April 1866 is described by R Eaglen in the Primitive Methodist magazine of that year. It says that they had previously worshipped in a “small and inconvenient place”, so is the 1866 chapel a different one or is there confusion over dates? The new chapel is described as seating 300 and costing £670. Preachers at the opening celebrations which included tea for 300 in the Wesleyan chapel hall included S Antliff, George Prest, M Taylor, J Skews, R Eaglen, H Pentney, C Hirst, R Baxter andR Ducker. Donors included Mrs Lyon, R Eaglen and Capt Hoole.

The building in Keith Guyler’s photograph dates from 1888 and is the Sunday school of the former Primitive Methodist chapel. At the time of the photograph in 1993  it was empty and for sale.

The chapel itself was demolished and a small cluster of terrace houses was built on the land behind it.

On Google Street View the Sunday school building is still there and appears to be in use as a house.