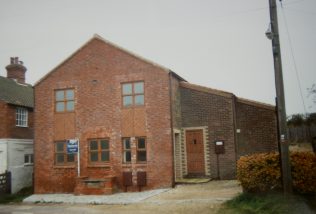 Tetford is north east of Horncastle. Tetford Mount Zion Primitive Methodist chapel in West Street dates from 1871. It was built as a Wesleyan Reform Union chapel in 1862 and sold to the Prims nine years later.

After closure it was converted to a house. In 1993 it was for sale.