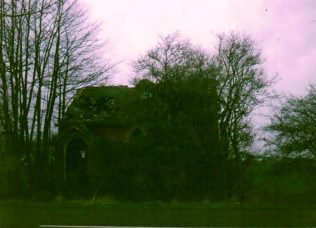 At the time of his photograph and on Google Street View in 2009 it was derelict.

The foundation stone was laid in November 1835 and the opening services took place on 19th and 21st February 1836. John Bembridge and Bro. Tetley preached. The first attempts to build a chapel met with many persecutions “but the prospects are now encouraging“.