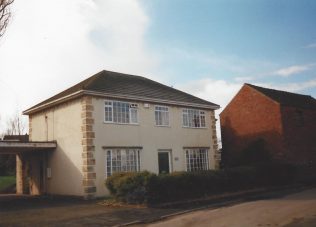 John Wesley was curate to his father at Wroot Parish Church.

The first Wroot Woodside Primitive Methodist chapel opened in 1835. In 1867 it was replaced by a second chapel which served until 1917.  It stayed on the Plan until 1925.

At the time of Keith Guyler’s photograph in 1998 it had been converted into residential use and named Chapel House.