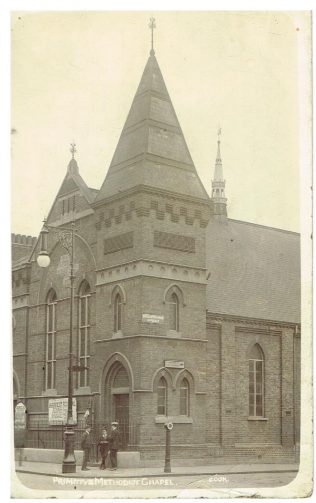 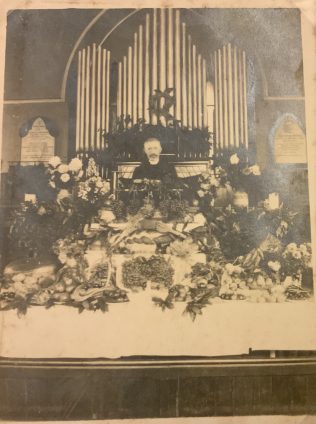 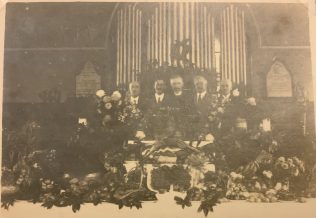 The 1892 magazine tells us that the foundation stones for a new set of buildings had been  laid on the corner of Approach Road, Fulham. Approach Road was Broughton Road Approach, on the eastern side of Wandsworth Bridge Road. The June 1893 magazine reports that the chapel has been opened; “the congregations are good and the Lord is visiting his people  gracioously”.

For a while previously they had been meeting in Noel Hall, Bulow Road. The 1891 Mid Surrey Times carries an article recording the presentation of a life sized portrait to John Crocker, in thanks for his 20 years service in the Sunday school.

The 1893/4 Ordnance Survey map shows that the chapel had been built, but there was no attached Sunday school; this appears on the 1913 revision. In 1893, the Sunday school is shown a few houses away from the chapel, at the junction of Wigan Street and Bulow Road (neither of which now exist). Bulow Road (sometimes Bullow) ran parallel with Pearscroft Road. Was this building Noel Hall? I can see no equivalent building elsewhere on Bulow Road.

Th church is still marked on the 1970 Ordnance Survey map.  However, Street View shows that Bridge House Health Centre is on the site in 2009

What is the link with the earlier building in Bayonne Road?