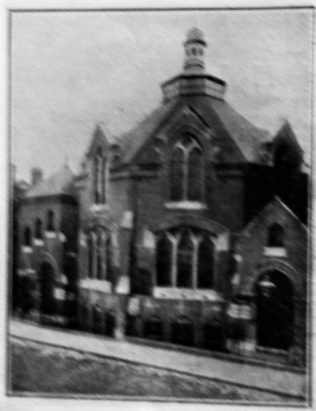 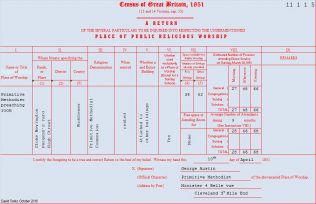 In 1851 Stoke Newington Primitive Methodist society rented a room in a yard off High Street, which previously housed a Baptist chapel. Attendance on Census Sunday in 1851 was 27 in the morning, 48 in the afternoon and 66 in the evening.  It closed soon after 1871.


There was a Primitive Methodist chapel at no.3 Barrett’s Grove in 1860.

The Primitive Methodist magazine for February 1856 p.116 contains an account by J Wilson of the opening of the Primitive Methodist chapel on Stoke Newington Common on November 18th 1855 – see attached document.  It is not clear how that fits with the information above, but Mr Wilson does say that the new chapel was “recently occupied by another section of the church.”

The 1893 Primitive Methodist magazine records that the Hoxton station in North West London had gained a “beautiful and commodious chapel ” in Stoke Newington. Located opposite the entrance to Abney Park cemetery, it replaced the previous small chapel.  There is a little more in the February 1894 edition.  The new chapel which seated 500, cost £3,500 exclusive of land, and they had raised all but £900. The March 1894 magazine tells us it was debt free.

The 1898 magazine reports they were planning “a considerable enlargement of the chapel and the addition of several classrooms to the school premises”.  Membership at the point was 300 and the buildings were debtless.

The chapel was badly damaged in the Second World War.  For a while it was derelict but was extensively repaired and renovated by a Jewish congregation in 1953, becoming  Northwold Road Synagogue.  After the synagogue closed in 1989 it was used as Sunstore Women Only Gym, but on Google Street View in October 2015, Sunstone House is empty. What has happened to it since?

Editor’s note: thanks to Amir Dotan for correcting the location of this chapel and providing additional information.