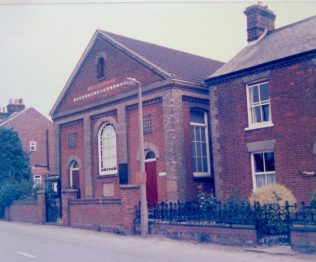 Acle Primitive Methodist chapel building in Reedham Road was opened in 1883.  Its life was ended rather abruptly by the dualling uf the A47 through the town.  Part of the deal for the new road in the late 1980s was to build a new Methodist chapel on the other side of town in Bridewell Lane.