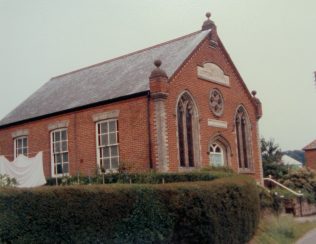 Aldborough was first missioned about 1825 by open air Primitive Methodist missionaries. The foundation stones for the first Aldborough Primitive Methodist chapel which was on the Green were laid in April 1843.  It was opened on July 16th 1843 with sermons preached by W Cooper and J Poole. It measured 25′ by 20′, seated 130  and cost about £93.

The chapel was badly needed as the village was proverbial for wickedness -“especially for Sunday cricket-playing.”  It served until 1907: after closure it became Fern Cottage.

Centenary chapel was opened in 1907 and served until the 1960s.  In 2015 it is a house.  It still (Google Street View 2008) boldly proclaims on its front wall the words “Primitive Methodist 1907 Centenary Church”. This is in contrast to earlier buildings which were labelled as chapels and reflects a significant change in attitude.  Interestingly, the postal address is still “The Centenary Chapel”