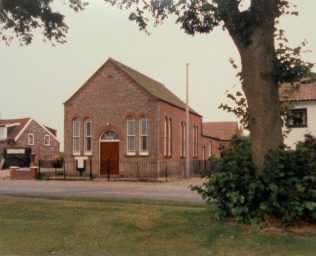 The chapel was still active at the time of Keith Guyler’s photograph in 1986 and in a 2001 paper to the Methodist conference on the church in rural areas it was one of the case studies. It described the members as “mainly elderly and full of vitality.”

On Google Street View in 2010 it is being converted into a house - Chapel House.