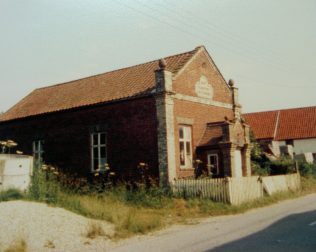 Banham Primitive Methodist chapel was dated 1837 and altered in 1887.  It served for just over a further century closing in 1988.