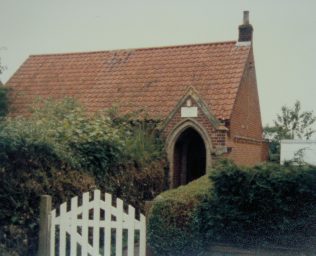 Barton Turf Primitive Methodist chapel was opened in 1845.  The notes accompanying Keith Guyler’s photograph say that it was registered in 1860 – although he doesn’t say registered for what; marriages presumably.