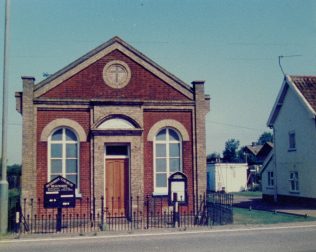 The building was expected to cost £200 of which they had raised £70.

On Google Street View in 2009 it has been converted into a house called, helpfully, The Old Methodist Chapel.