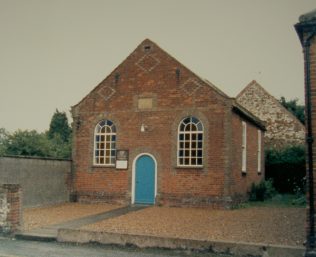 Brancaster Town Primitive Methodist chapel was opened in 1864, the same date as the chapel in nearby Brancaster Staithe.

Planning Permission was granted by King’s Lynn and West Norfolk Borough Council on 12th October 2009  for change of use and extension to a dwelling. In 2010 you could have bought it for £150,000