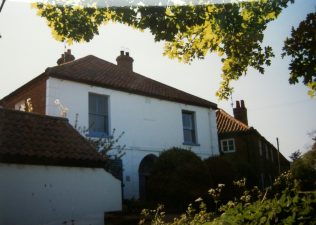 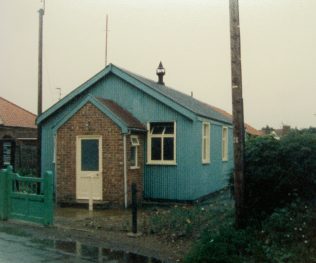 Francis White’s 1854 History, Gazetteer and Directory of Norfolk in its entry for Burnham Market says that the Primitive Methodists have a chapel, erected in 1850.

There is a little confusion in Keith Guyler’s pictures and notes or in their transcription. He reports that the first Burnham Market Primitive Methodist chapel pictured was built in 1861.  It accommodated 83. He gives its grid reference as 834421 and on the 1886/7 Ordnance Survey 1:2,500 map of Norfolk a Primitive Mehodist chapel is clearly marked on Station Road, opposite the turning to Angles Lane.  The building pictured is not visible on Google Street View in 2009.

The second chapel pictured was built in 1927.  It  passed to Salvation Army use. No location is given for this chapel and I can find no other reference to it.

Mr Guyler’s notes for the first chapel also say “altered 1964 & 1983 seated 50.” It can’t seat both 83 and 50, so the “seated 50 possibly applies to the 1927 chapel. The dates for alterations possibly relate to the current Methodist chapel which is further along Station Road.

I’m confused: can anyone unscramble this? What has happened to the buildings in the pictures?