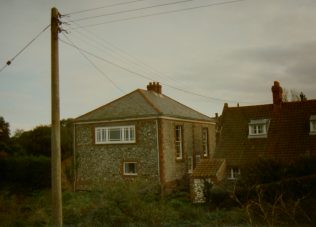 The opening is described by Ephraim Blake in the Primitive Methodist magazine. Some years after its initial missioning, the village was re-missioned on the initiative of Mr B Young, using Mrs Barsnip’s barn.

By the time of Keith Guyler’s photograph in 1997 it was in use as a house – The Chapel. It is to the north of Wells Road but not accessible on Google Street View.