and the Burston School Strike 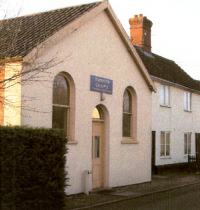 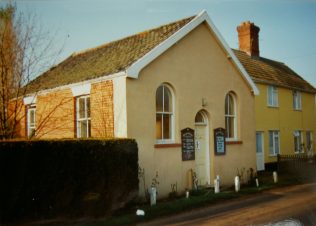 Origins of the Chapel

Built in 1825 the Chapel was originally of clay, enclosed in brick in 1880. It closed before 1940, but since 1950 it has been maintained by the Fellowship for Evangelising Britain’s Villages.

Burston, near Diss, was a typical agricultural village, where the landowners, Rector and farmers opposed any attempt by working people to have a say in their own affairs.  Nearly all the farm labourers were Primitive Methodists and worshipped at this Chapel.

Primitive Methodists were active in setting up the first Trade Unions for farm workers in Norfolk, who were suffering from low wages and poor living and working conditions.

In 1902, an Education Act was passed, which was fiercely opposed by Primitive Methodists across the country. Many Primitive Methodists went to prison rather than pay their rates to support Church Schools, which taught the poor to keep their place in society and respect their betters. This was epitomised by the verse (no longer sung!) of the popular hymn ‘All things bright and beautiful’:

The rich man in his castle,
The poor man at his gate,
God made them high and lowly
And appointed their estate.

At this time a new Head teacher and assistant teacher arrived at Burston Village School. Annie and Tom Higdon were Christian Socialists, and became active in local affairs, encouraging farm workers to put up their own candidates at local elections. In 1913, Tom Higdon and the farm workers swept the board, and the Rector lost his seat on the Parish Council.

The status quo had been breached, but as the Rector and farmers were still the managing trustees of the school, they charged the Higdons with a trumped up charge of caning (which was not proved) and discourtesy to the managers. Despite an appeal and local protest, they were sacked.

On 1 April 1914, as the Higdons left the school, 66 of the 72 children ‘went on strike’.  An alternative ‘Strike School’ was set up on the village green, taught by Tom and Annie Higdon, which eventually moved to the local blacksmith’s shop. Parents were immediately summonsed for failing to send their children to school and fined. Collections to meet the fines were held on the village green, which became a weekly magnet for trade unionists and reformers.

The fathers of the striking children were threatened with the sack and eviction, but the shortage of labour at the time meant the farmers needed them. Many of the striking families rented land from the Rector to grow food, fatten a pig or keep some chickens. They were evicted and their crops and animals destroyed.

John Sutton, a Primitive Methodist local preacher, and farm labourer, took services on the village green every Sunday for striking families and their supporters.  Such direct involvement in political action against the local elite was clearly not popular with all Primitive Methodists in the village, as eight resigned their membership in protest at his actions.  Perhaps they saw these open air services as competition for the Chapel services, but if so, they were forgetting their roots.

It seems as if John Sutton may have got carried away with his enthusiasm for the fight against oppression.  It is said that he became known as ‘John the Baptist’. He was a sheep dipper, and started baptising the children.

Most of the striking children would have belonged to Primitive Methodist families, as only six continued to attend the Church of England school.  Eventually Tom and Annie obtained official recognition for the Strike School, which lasted for another 25 years! It was declared a School of Freedom.

You can read more about the political background here.

Burston Strike School: the story of the longest strike in history, published by the Trustees [nd]