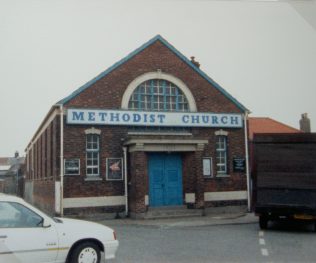 In 1990 the society amalgamated with Central Hall.  The 1923 building was sold to an independent congregation, the Upper Room Christian Fellowship. They renamed it The Tabernacle.  Google Street View shows it still in that use in 2014.

Cobholm is amongst the bottom 10% neighbourhoods for social deprivation.  In 1953 it was a focus for the North Sea flood with 10 people killed and 3,500 homes destroyed in the Cobholm and Southtown areas of Great Yarmouth.