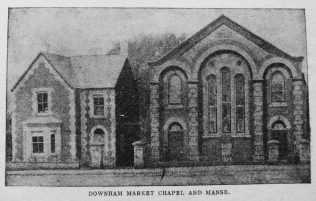 The 1887 Ordnance Survey map shows a Primitive Methodist chapel on London Road. It is still there as the Methodist church in 1965 but has disappeared by 1971. I wondered whether this was the same chapel or site as the 1834 opening.