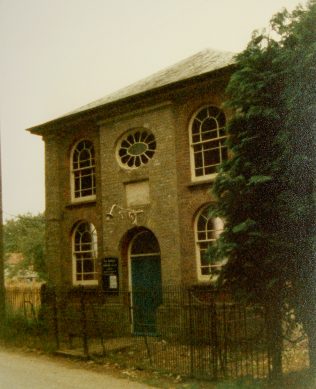 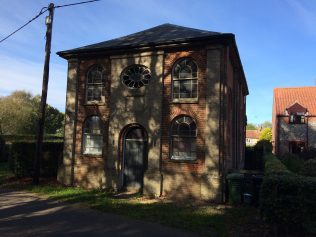 zoom
taken by Laurence Elliott, Oct 2018, showing changes now it is in residential use
My location
Get Directions

East Rudham is west of Fakenham. East Rudham Ebenezer Primitive Methodist chapel was founded in 1860 and served until 1987, the date of the photograph.

It was made a grade 2 listed buiilding in 1985. Keith Guyler’s notes say that in 1997 it had been converted into a house although it doesn’t look as if it is either a house or in use in Google Street View in 2009..