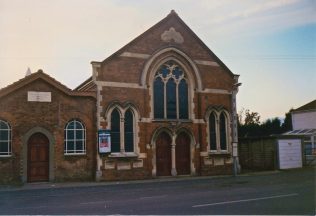 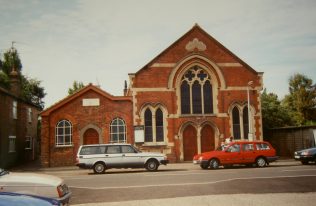 Emneth in Norfolk is very close to the border with Cambridgeshire.  It was in the Wisbech Circuit, which has now amalgamated with the Fenland Circuit to form a larger circuit called ‘The Fens’.  The chapel, which was built in 1911, was originally Primitive Methodist.  Before its construction, the present schoolroom, which you can see adjoining it in the picture, was the original chapel, built in 1854.  These buildings are still in use by the small but thriving Methodist congregation in this village.