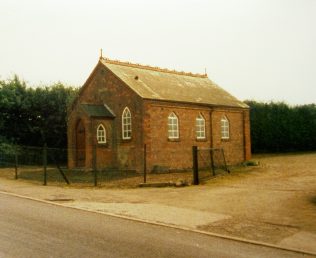 Although the location given by Mr Guyler just north of the junction of Hill Road with Station Road is clearly marked on the 1946 Ordnance Survey map, I am unable to find the building on Google Street View in 2009. There are new bungalows on the location, one of which is called Chapel something (too unclear to read).