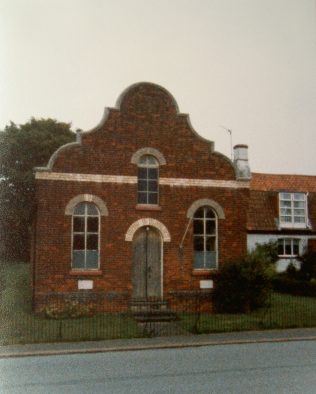 It closed in 1960 and at the time of the photograph in 1987 it was disused. It was later converted into a house (The Old Chapel) and is used as such in Google Street View in 2009.