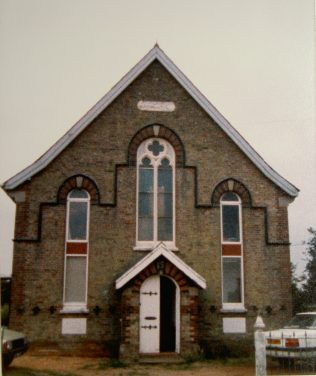 Great Bircham is south east of Hunstanton. Great Bircham Primitive Methodist chapel was opened in 1871.  It served until the middle of the twentieth century.

There is an inconsistency in the notes which accompany Keith Guyler’s photograph in that they say that the chapel served until the 1970s but became a house in 1960.