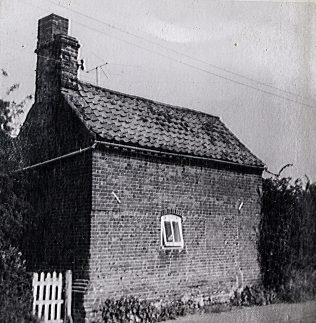 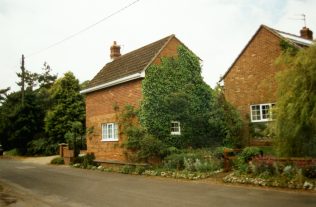 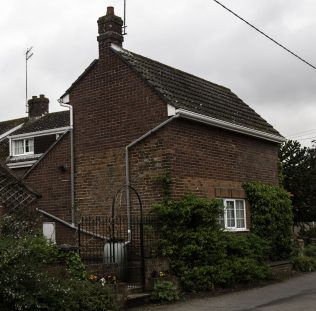 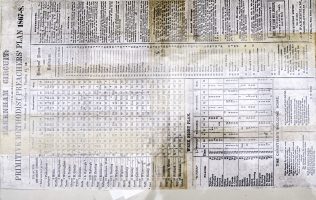 The History of Kettlestone with Pensthorpe, by Donald Tuck says;

” A short distance to the east of the church was a little Primitive Methodist Chapel.  An old Methodist circuit plan was discovered which revealed that services were held on Sundays at 2.30pm and 6.00pm, and a monthly Friday evening service at 7.30pm.  Preachers were ‘affectionately requested not to exceed one hour on Sabbath Afternoons’. The chapel was closed in early 1870’s and converted into a farm worker’s cottage. A role it filled for the following Hundred Years.”

Mr and Mrs Brown the present owners converted into a holiday cottage in the 1980s and is now known as ‘Chapel Cottage’. My wife and I have stayed there on a number of occasions.

I do not know where the circuit plan is, but there is a photo copy on display in the cottage.  It is for the Fakenham PM Circuit for the quarter Oct 20th 1867 to Jan 12th 1868.

The brickwork at the corner with the gate and road is original from the chapel.  On this corner much worn away are some scratched names of chapel members.