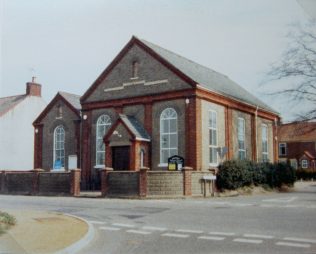 The Hemsby Primitive Methodist chapel in Mr Guyler’s picture is a later building, opened in 1879.