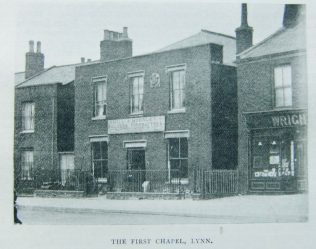 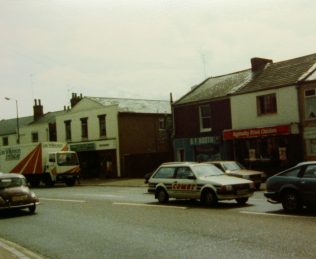 On May 28th 1833, the roof of the chapel was taken off and the walls raised by 6′.  It was lengthened by 18 feet to make a vestry or schoolroom with a preacher’s house over.

The 1826 chapel was replaced by a larger second chapel, a little way further north and on the other side of the road,  in 1859. Read about it here.

At the time of Keith Guyler’s photograph the first chapel was used by Grimston, Solicitors, 124 London Road. In 2016 it was offices for Vital Recruitment.

You can read more about Primitive Methodism in Kings Lynn here.

Kings Lynn (3 MB Adobe Acrobat document, opens in a new window)
Transcription of an article in the Christian Messenger