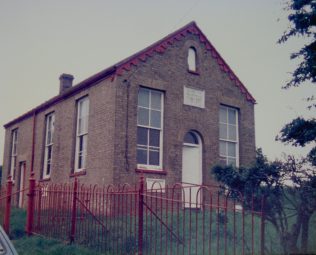 Limpenhoe Primitive Methodist chapel was opened in 1877.  The Society was founded in 1834.

It is another of those chapels that appears isolated, built as close to the village as land could be obtained.

In Keith Guyler’s 1986 photograph it appears to be still in use, but on Google Street View in 2009 and 2012 it is clearly abandoned.