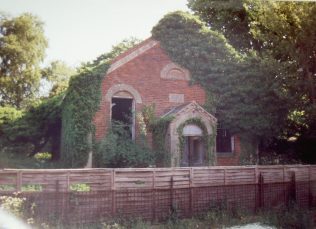 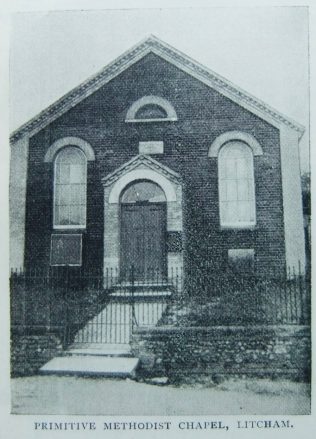 In the 1848 Primitive Methodist magazine, James Langham  tells us that WG Belham introduced Primitive Methodism to the village on July 27th 1825. For a while they met in a rented chapel but after it was sold, bought a site to build a new chapel which measured 27′ long x 19.5′ wide. It cost around £120

The notes with Keith Guyler’s photograph of Litcham Primitive Methodist chapel say that it was opened in 1867 and closed around 1950.

At the time of Keith Guyler’s photograph in 1998, nearly 50 years later, it was unused and derelict.

On Google Street View in 2009 it is completely covered by creepers – although you can still see a little bit of the overlap wooden fencing in front of it from Mr Guyler’s photograph.

Is it still there?