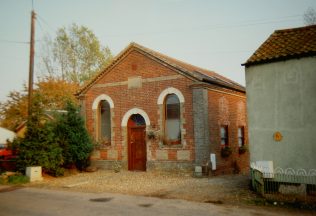 North Pickenham Primitive Methodist chapel was opened in 1912 and served until the 1960s.

By the time of Keith Guyler’s photograph it had been converted into a house – The Old Chapel.