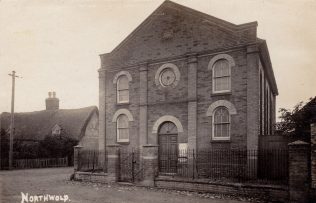 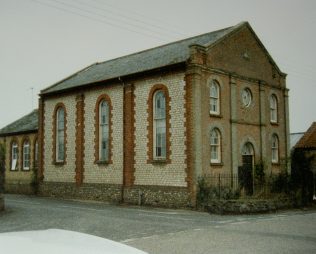 Northwold Primitive Methodist chapel opened in 1871 and a Sunday school was added in 1906. It served until the 1970s.

At the time of Keith Guyler’s photograph in 1988 it was an unused store. Google Street View in 2009 shows it as Northwold Tile Centre.

Just to complicate matters, on the geograph website there is a chapel labelled “Primitive Methodist Chapel, Northwold” which is an unused store. The grid reference it cites is labelled on the 1884 1:2,500 Ordnance Survey map as that of the Wesleyan chapel. It also looks very different to the chapel in Keith Guyler’s photograph.