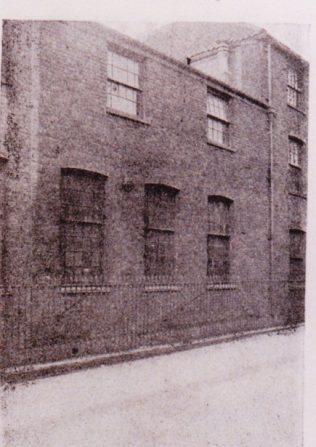 Birth of the Society

Outdoor meetings were held by the Primitive Methodists in 1821 first on Mousehold Heath, then in the Lollards’ Pit by Bishop Bridge and then at Pockthorpe, but it soon became imperative to find permanent accommodation.  A move was made to the open yard of the Rose public house.  Eventually a room in the yard was hired for worship and the cause flourished initially, but before long, quarrels broke out within the congregation whilst a constable was needed to protect the worshippers from outside disturbances.  Debts rapidly increased and numbers drastically fell during the next few years.  William Clowes, one of the founders of the Primitive Methodist connexion, visiting Rose Yard in 1831, decided firm action was needed and arranged for the society to be administered from Hull.  Missioners were sent from there until 1840 by which time the society’s fortunes had improved and its ties with Hull were officially severed.  It became the Norwich second circuit.

Two years later the room at Rose Yard was relinquished in favour of a building in Cowgate.  A former brewery, it was bought by the congregation for £750 and converted to a chapel and Sunday school.  The facade had a domestic appearance with a central pillared doorway and a heavy pediment above, rectangular plain glass sash windows placed symmetrically on each side of the door, three windows above and a hipped pantile roof.  A paved area in front was enclosed by low walls topped by iron railings.  There was a Sunday school next to the chapel.  Abutting the Sunday school was the Plasterers’ Arms, one of eleven public houses to be found in Cowgate in the 1840s

Within the chapel, pews ran the length of the building and turned inwards so that each half of the congregation faced the other.  A small square pulpit stood in a corner.  Later this arrangement was changed so that the pews all faced the pulpit.  There were seats for 330 people and room for 100 to stand.

In February 1843, the chapel officials were invited to meet the Norwich first circuit representatives at Lakenham chapel.  It was proposed the two Primitive Methodist circuits should unite.  The Cowgate men put forward their conditions for union which would ensure that their society would have equal status with Lakenham, but their insistence that their minister, James Pole, should be invited as one of the preachers for the following year was rejected and Cowgate did not join the first circuit until 1855.

The Religious Census in March 1851 recorded that 120 people attended the morning service, 200 the afternoon and 300 the evening service with 160 Sunday scholars.  Although these figures were obviously rounded off, they are very similar to the average numbers given for the previous twelve months so they are likely to be reasonably dependable.  The form was signed by a trustee John Cox and by the minister, William Wainwright.

By 1875, the chapel was in need of extensive repair.  Major building work was undertaken, with a new rostrum, an additional gallery and the installation of gas light.  The chapel was reopened with great celebrations and Robert Key preached to a packed congregation.

Cowgate claimed to have one of the largest Sunday schools in the city with children squeezed into every corner of the building.  The schoolroom had been enlarged in 1853, but soon the long narrow main hall could not seat all the children at the general act of worship before the children dispersed to their classes and so one class was always forced to stand.  The need for accommodation became ever more pressing and eventually in 1892 land was purchased and in 1893 a new galleried school hall and classrooms were opened at the back of the chapel.  The old hall was altered to form a vestry, a kitchen and further class rooms.  Building also took place next to the road.  Foundation stones were laid and the blank end wall flanking the pavement was given a heavy triangular pediment with ‘Cowgate St Sunday School’ in moulded brick.  It was set at ninety degrees to the chapel and a diagonal entrance with a keystone and carved flowers in the spandrels linked both buildings.

Discussion about a new site

In spite of the money and effort invested in these new buildings, the Rev. S. Smith suggested to the Quarterly meeting of May 1898 that a replacement site for Cowgate chapel might be purchased in the general area of Waterloo Road.  The matter was debated at the next meeting after the Cowgate trustees had been consulted.  The increasingly industrial character of the area, the opening of Salvation Army barracks nearby and the static numbers at Cowgate chapel over the previous twenty years, all encouraged a determination by the circuit to find a new site.  Much effort was expended in negotiations for a new location and although plots of land were available for rent in Angel Road, these were rejected as the leases offered were too short to justify large scale building and because only two of the Cowgate trustees were willing to become trustees of the new chapel.

The booklet produced for the Primitive Methodist Conference held in Norwich in 1912 described Cowgate chapel as ‘situated in the immediate neighbourhood of one of the poorest and most degraded parts of the city.  Here, if anywhere, there is need for mission work….It is heavily burdened with debt and its buildings require considerable outlay to bring them up to date.’

At the time of Methodist Union in 1932, Cowgate was included in the newly-formed Dereham Road circuit.  Although the congregation had dwindled to a little more than 40, it was extremely active.  During the summer months, open-air services were held in the chapel yard and joint open-air services were held with St Paul’s Anglican Church and supported by the Salvation Army band.  A number of residents of ‘The Blind Asylum’ in Magdalen Street regularly attended Cowgate chapel and the MethodistMagazine for September 1934 described a Christian Endeavour service conducted entirely by the chapel’s blind members.  The Sunday school was even advertised on the screen at the children’s matinee at the cinema in Magdalen Street.

The chapel was severely damaged by bombs in 1942 and as a result it was forced to close. Many of the congregation, their homes destroyed or badly damaged, were rehoused on the city outskirts.  The building was sold and, under the name ‘Wensum Chapel,’ is now used by the Christian Evangelical Fellowship.  Money given in recompense for the bomb damage by the government and from the subsequent sale of the building was used to help build the new Bowthorpe Road and Wroxham Road churches.