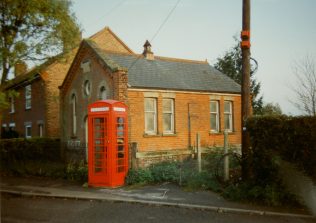 Google Street View shows that by 2008 it had been converted into a house.