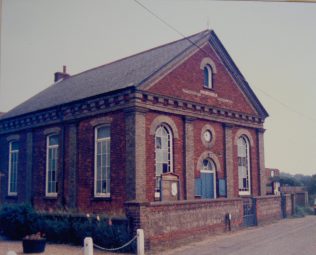 The Reedham Primitive Methodist chapel in Keith Guyler’s picture was opened in 1881.  Its predecessor opened in 1851.